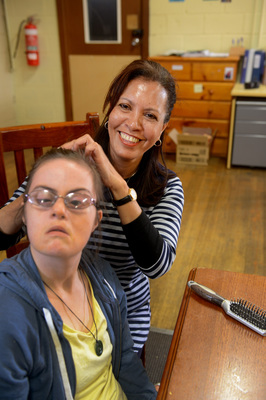 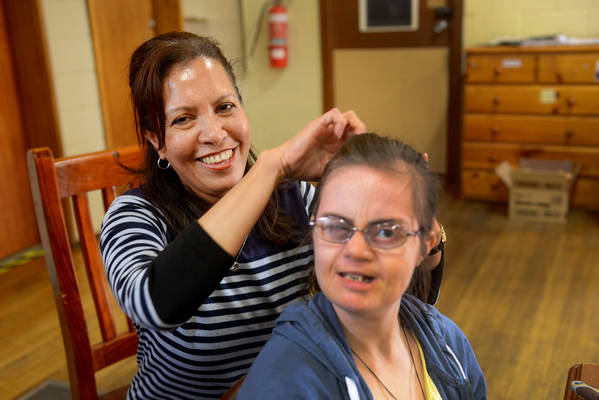 CORINNE Vengrasamy gently gathers long strands of a young woman’s blond hair in her hands, pulling a brush through it in downward strokes.
Corrine loops an elastic band around the woman’s ponytail and gently pats her on the shoulder, telling her how nice she looks.
The stands of Corrine’s professional life are neatly brought together in the simple act of tidying a ponytail. A former hairdresser, who owned her own salon, Corinne is now retraining to work in the mental health sector.
She spoke to Grow about her professional U-turn while on work placement at a day centre for disabled people run by Wallara in Springvale.
It was a career information forum hosted by the City of Casey that sent Corrine along a new professional path.
Amid her grief after the death of her husband in 2011, Corrine found space to focus not only on the past but also on her future.
She had completed a hairdressing apprenticeship in her native Mauritius, honing her skills for a time in London.
Within a month of migrating to Australia in 1996 she had a job.
While bringing up her three children, Corrine worked as a hairdresser in shopping centre salons and eventually managed her own business at the Endeavour Hills Leisure Centre.
“It was very challenging, very stressful and I always thought that one day I would do something else,” she said.
At the City of Casey jobs forum, Corrine heard about the booming health industry and the unmet need for trained staff in the aged, mental health and disability sectors.
The work sounded rewarding and challenging and meant Corrine would maintain her contact with people, something she had loved about hairdressing.
She embarked on a diploma of community service in mental health at Chisholm Berwick in 2012.
She is now in the final stages of her study completing an advanced diploma in art therapy.
“I want to be able to help people recovering from a mental illness, to give them some hope,” she said.
To enhance her resume, Corrine has volunteered at the Office of the Public Advocate and at the Dandenong drop-in centre Cornerstone.
“People say to me ‘why are you going into that field, it’s so hard? I don’t find it hard at all.
“I get up in the morning and I am happy. I look forward to work.”
Corrine is excited about her new career and encourages others to embrace professional change.
“We all have to keep learning for the rest of our lives.
“I like to keep my brain active,” she said.