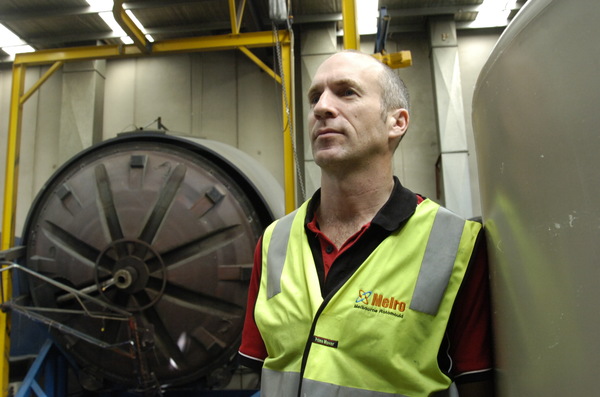 Purchase this photo from Star Photos: 145268

THE word local gets quite a workout at Melbourne Rotomould.
The Pakenham plastic manufacturer’s director Tim Leed wants to educate others about the value in a local focus.
“We’re passionate about supporting Australian made, so wherever possible – raw materials, tool making, even the company cars – are all sourced locally,” he said.
“Everyone wants to have a good job that’s well paid and jobs for their kids.
“You really need to be choosing the Australian-made options because if you’re not, there’s consequences.
“We do basic mould fabrication here as well.
“A really simple mould we would make here and then a more complex mould we’ll get toolmakers to do.
“We try and use the local guys. There’s no Chinese tooling here.”
Mr Leed said companies could spend $100,000 on something from Australia or perhaps buy a similar product from China for $80,000.
“But what’s the value to the economy?” he said.
Melbourne Rotomould was an ambassador for the Casey Cardinia Region at this year’s National Manufacturing Week expo.
The business started eight years ago and has about 40 employees.
“We just had to add a second designer to keep up with the demand for products,” Mr Leed said.
He said ARI had been the biggest rotomoulder and was based in Pakenham.
“That was brought out by Nylex,” he said.
“I was working there and they made me redundant, and that was when I started Rotomould.
“The old Nylex doesn’t exist anymore and that’s all been broken up.
“There’s five rotomoulders in Pakenham. We would be the biggest, I think.
“Two of our competitors I guess we’re fairly close with.
“It’s not cut-throat.
“They specialise in things we don’t and we specialise in things that they don’t.”
Mr Leed said research and development set Rotomould apart.
“We’re pretty innovative, so we build quite complex parts,” he said.
“My business partner and I are just back from Europe.
“The Australian Rotomoulding Association organised a fact-finding trip with moulders over there and a conference over there as well.
“I’ve been on the board for a number of years with them.
“It’s about supporting the whole industry, not just ourselves.”
The smallest part Rotomould manufactures weighs just 70 grams. The largest is 500 kilograms.
“Hopefully, within a year we’ll be doing 1.2 tonnes,” Mr Leed said.
“Water tanks is a large part of what we do, but we do custom and contract moulding as well so that could be anything.
“We do parts for a company that does vertical gardens and roof-top gardens.”
Rotomould takes a hollow mould and loads it with plastic powder.
“You then close the mould up and we apply heat to the outside of the mould and we rotate it,” he said.
“It’s like baking a cake – once it’s cooked enough we take it out of the oven, let it cool down, the part shrinks away from the mould.”
The parts created appear in service stations, parks, laboratories, on trucks, in sporting equipment, as bill boards and for sound control.