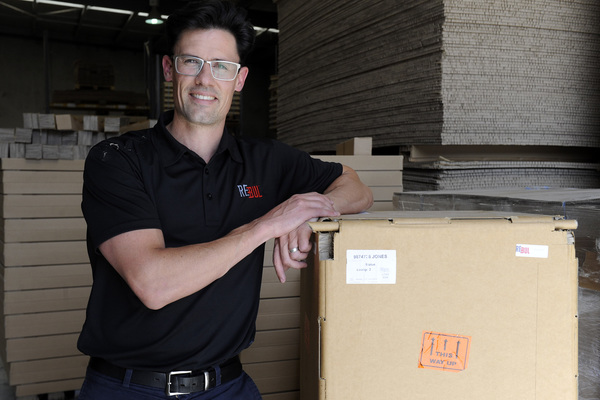 Purchase this photo from Star Photos: 145335 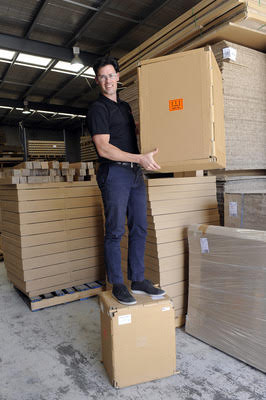 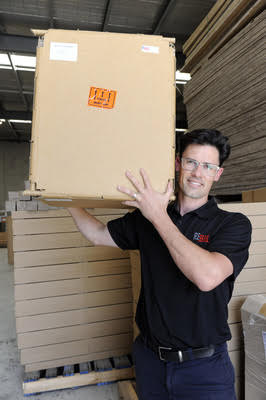 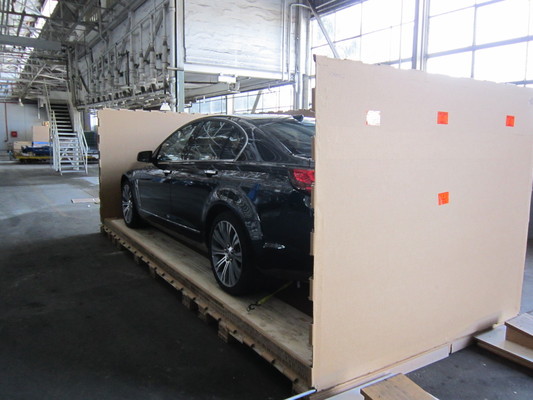 THINKING outside the box is making one Hallam business a world leader.
Rebul Packaging has produced the world’s strongest cardboard box, and arguably the largest.
Business owner Brad Huggett said it safely transported a two-tonne car from Australia to the US.
“We’ve been making crates as an alternative to wooden crates for many years now, and we’ve been supplying Holden in Melbourne for close to 10 years,” he said.
“It was they who thought that our crates would be strong enough to actually ship their demo vehicles to the USA.
“They’d previously been getting wooden crates, but they’d been costing them a fortune.”
Mr Huggett said his cardboard boxes measuring 5200 millimetres by 2000mm by 1800mm saved Holden $2500 per crate and a few thousand on air freight.
“I’ve never seen any kind of box with anything cardboard related anywhere near that strength,” he said.
“Nothing else comes close.
“Pretty sure it is a world first for the strongest cardboard box, but wouldn’t be far off the biggest, either.”
Mr Huggett said there wasn’t great demand for crates that size.
“But certainly it demonstrates the amount of strength that you can now get out of paper crates,” he said.
“It really opens up the world of packaging.”
He said art galleries and museums were a big growth area, and he planned to expand Rebul Packaging overseas within the next 18 months.
“There’s no shortage of opportunities,” he said.
Mr Huggett came to Australia from Zimbabwe on a student visa and obtained a working visa.
“My parents were stuck in Zimbabwe, looking for a way out,” he said.
Starting a business was the best option and his friend – a packaging engineer – came up with a new box design.
“We thought ‘that’s our ticket, that’s what we’re going to try’,” he said.
Mr Huggett went to South Africa, built the machinery, sent it to Australia and started making boxes.
“It’s an alternative to wooden crates,” he said.
“Essentially it gives the same strength as a wooden crate but in a design that’s lighter.
“It’s made from recycled materials and it’s recyclable.
“There are no fumigation issues in sending it overseas.
“It tackles a lot of issues that wooden crates have.”
Mr Huggett was in May recognised for his efforts as a finalist for the Young Manufacturer of the Year title at the Victorian Manufacturing Hall of Fame Awards.
“To see a room filled with brilliant people who are doing amazing things in this country…” he said.
“You hear a lot of bad news about the manufacturing sector, and when you walk in and see what these businesses are doing, to be even remotely aligned or in the same room as them is absolutely phenomenal.
“We hope to be one of them someday.”
He also stood as an ambassador for Casey Cardinia Region at this year’s National Manufacturing Week showcase in Melbourne.
“I think they’re remarkable people. They’re so supportive and so proactive in trying to be involved in the interests of all the businesses in the area,” he said.
“I think it’s a great area for manufacturing, with the access to freeways and the rest of Melbourne.
“But from a business perspective, there’s a lot going on out here.
“When you’ve got councils like that supporting you, it’s the type of place we’d want to remain for sure.”