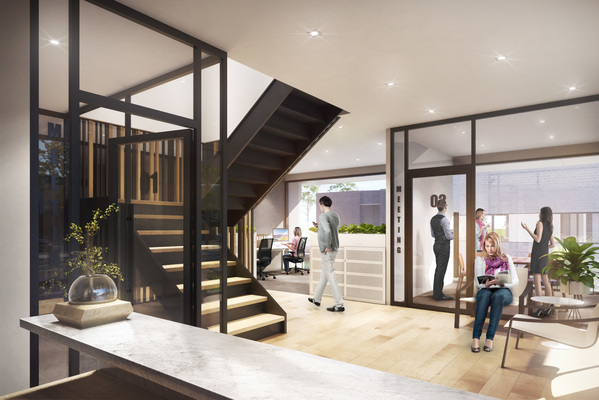 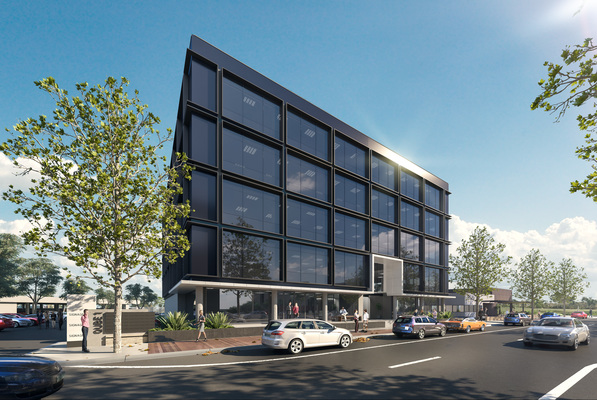 MAB Corporation has officially commenced construction of its cutting-edge $40 million office development located in Victoria’s largest municipality, the City of Casey, bringing nearly 600 new jobs to the local area.
CubeOne is the first of two office developments by MAB, consisting of five levels and about 4500m2 of high quality commercial space tailored to small-medium business.
Completion of CubeOne is due in mid-2018.
“MAB actively targeted this location for a commercial development given the strength of the local business community, availability of local recreational amenity and the convenience of local transport connections,” MAB director of Commercial Projects Andrew White said.
Available office suites range in size from 88m2 to 802m2 and have been met with high demand. Retail opportunities remain on the ground level, and all office suites include car parking spaces on title.
Facey Industrial Commercial’s Mark Bond said CubeOne offered exceptional value.
“CubeOne office suites are selling for circa $4800-$5000 per square metre in a market where similar-sized commercial investments are selling for in excess of $5150 per square metre in nearby Verdun Drive, Narre Warren,” Mark said.
Designed by leading architects Watson Young, the office spaces will offer flexible layouts, shared meeting facilities and the latest office technology.
Knight Frank’s Matt Romanin said that demand for premium office space sub 250m2 continues to grow in the South-East and is one of the most competitive markets outside the CBD.
“Local tenants, owner occupiers and investors are driving this market, looking for premium office space surrounded by great amenity yet close to home.” Matt said.
The location is exceptionally well served by freeway access, ample amenity, public transport connections, bike and walking tracks.
Mark added that the surrounding suburbs of Beaconsfield, Berwick and Cranbourne have seen commercial properties selling for yields below 6 per cent in the past 15 months.
“And by comparison, CubeOne has the ability to offer yields of 6.25 per cent or better, assuming a base rental circa $300 per square metre per annum plus outgoings,” Mark said.
CubeTwo, the second stage of MAB’s development, will target larger businesses seeking office suites in excess of 500 sqm.
For further information or to register interest, contact Stefan Miles, MAB Development manager on 8681 2222 or visit mab.com.au