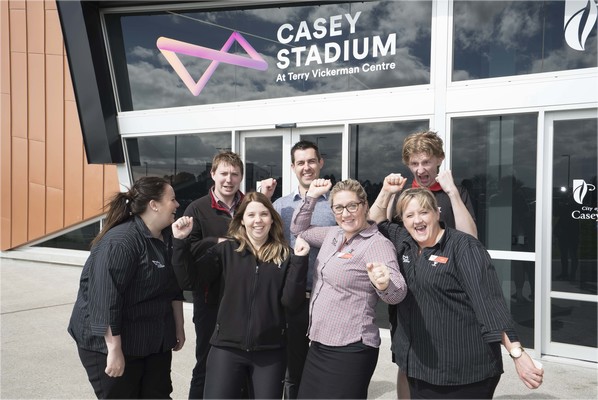 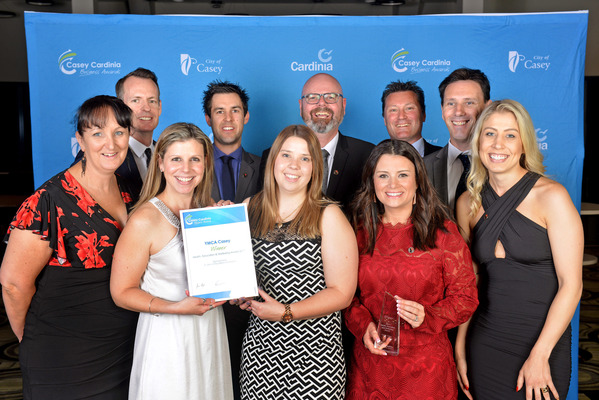 YMCA has been an integral part of the City of Casey for the past 19 years and has been recognised as this year’s winner of the Health, Education and Well-being award.
YMCA Casey manages the operations of six leisure facilities on behalf of the City of Casey.
These facilities include Casey ARC, Casey RACE, Endeavour Hills Leisure Centre, Berwick Leisure Centre, Casey Indoor Leisure Centre and Doveton Pool in the Park.
Each facility offers the community a wide variety of services and programs including but not limited to swimming lessons, recreational swimming, health clubs, group fitness classes, childcare, gymnastics and stadium sports.
In September the organisation celebrated 100 days of operation of City of Casey’s new state-of-the-art sports complex, Casey Stadium.
The YMCA-managed centre underwent an $18.3 million redevelopment, relaunching to the local community in June with 10 multipurpose courts including show court seating with a capacity of more than 1000 people.
It now has the capability to host major events and, over the initial period, the YMCA has worked closely with a range of stakeholders including Casey Basketball Association and Casey Netball Association to showcase the facility.
The launch in June highlighted a Big V All Star Origin Series which saw the best players from the Big V competition compete in a men’s and women’s all-star game.
A Victorian Netball League game has also been held at the facility with more than 1000 spectators.
YMCA Centre Manager Ian Jenkins is delighted with what has been delivered at the facility within a short period of time and predicted significant growth.
“The interest in the facility has been incredible. It truly is a state-of-the-art facility and the community have been very supportive and excited by the venue,” he said.
“We continue to increase our reach with new sports and community activities being added to our programming in the coming months.”
Inclusive programming has also been an early success with the introduction of a range of new sports and activities aimed at providing opportunities to people of all abilities.
Casey Stadium will undergo further redevelopment with stage two to see a dedicated gymnastic hall and indoor cricket area added to the facility.
Work will commence in 2018 and see the YMCA invest $780,000 into the project.