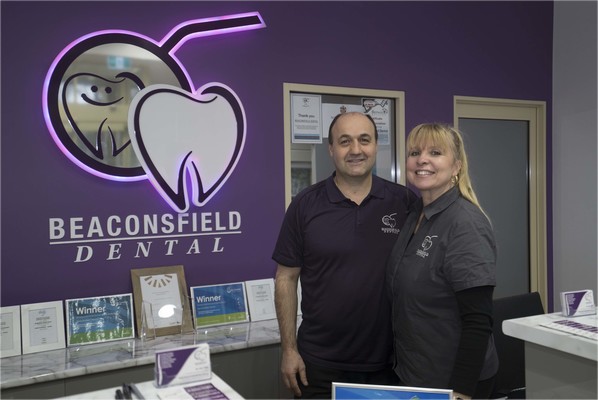 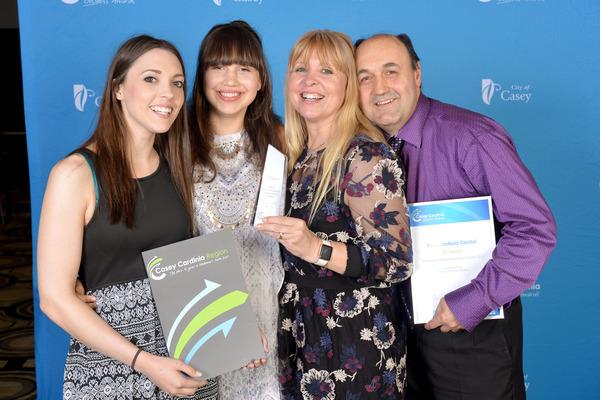 Beaconsfield Dental has been recognised as the region’s most sustainable business for the third year in a row.
The dental practice has dominated the Environmental Sustainability category since 2015, also winning in 2016 and now 2017.
Beaconsfield Dental was established in 1988 by Dr Robert Panjkov.
Mr Panjkov said the practice was proud of its green credentials.
Beaconsfield Dental has 60 solar panels which are capable of generating up to 100 KWH in one day.
Double glazing, full insulation, solar hot water, LED lighting, water tanks for the garden and toilet flush are standard features at Beaconsfield Dental.
The garden has more than 500 indigenous plants to complement the surrounding Akoonah Park.
Mr Panjkov said he had solar panels at his family home for years and so it was a natural progression to approach business with an environmental focus from the beginning.
“We have solar hot water and 60 solar panels which have a wireless device that displays the electricity generated, carbon dioxide and money saved.
“Patients are regularly shown the wireless device to educate them as it is kept in one of the treatment rooms.
“The design of the building includes low-allergy paint, double glazing, LED lighting and wall, ceiling and floor insulation.
“The water tanks have a capacity of 10,000 litres which are fed into the toilets and the 500-plant indigenous garden dripsprinkler system.
“I’m also thinking about getting an electric charger port for electric cars in the car park.
“We currently have about four or five water tanks and I’d like to double that and maybe get a filtration system so that we could be self-sufficient from the water supply.
“We’ve encouraged customers to take it upon themselves to think more about the environment, too.”
Beaconsfield Dental also uses biodegradable dental products and environmentally friendly cleaning and kitchen supplies, including a compost bin.
Mr Panjkov said staff were educated about recycling paper and encouraged to reduce printing by viewing documents on the computer.
“We do it to be self-sufficient. Solar electricity generates a lot of power and it saves money.
“It also gives you that warm and fuzzy feeling that you’re doing the right thing. It’s nice to leave a legacy,” he said.
“The dentist isn’t everybody’s favourite thing, so we try to make it a fun place and to make people feel comfortable.
“We’re always learning things about the new technological advances in renewable energy.”