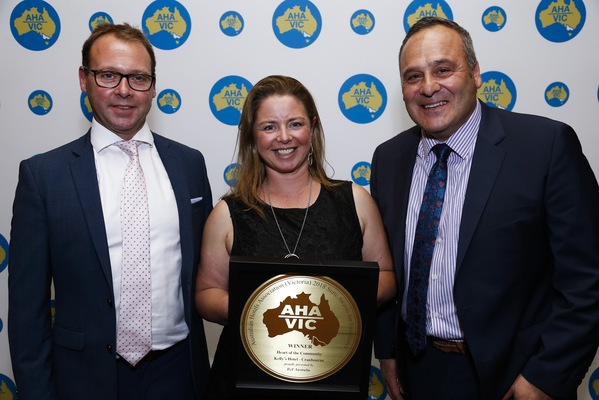 Paul and Lee Stocks of Kelly''s Motor Club in Cranbourne was awarded the Heart of the Community Award which was presented by Theo Toklis of IGT Australia (right). Picture: Eventphotography.com.