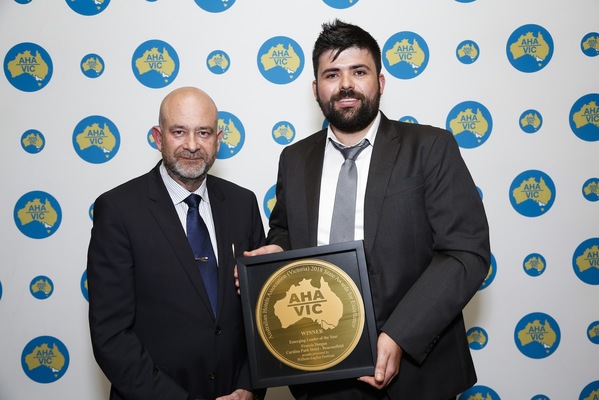 Francis Degan of Cardinia Park Hotel (right) was awarded Emerging Leader of the Year. The award was presented by Stuart Walsh of the William Angliss Institute (left). Picture: Eventphotography.com.